The newly introduced ERGO S MFSHL brings the ergonomics of handheld transmitter to a new level with functional safety to meet the highest standards. The ERGO S MFSHL is equipped with up to twelve (12) programmable single/dual-speed push buttons, a configurable 2.4” Color TFT LED back-lit, sunlight readable display, an optional joystick control capable of operating in any rugged environment and a large, easy to reach top mounted STOP button. The ERGO S MFSHL is also equipped with a standard belt clipping feature with magnetic function to facilitate the user in attaching the ERGO S MFSHL to the equipment when not in use. The charging station of the ERGO S MFSHL is flexible for both desktop and wall mounted charging and is craftly designed as a docking station for the transmitter but also as a charging station for one (1) standalone Hetronic 3.7V Li-Ion rechargeable battery. 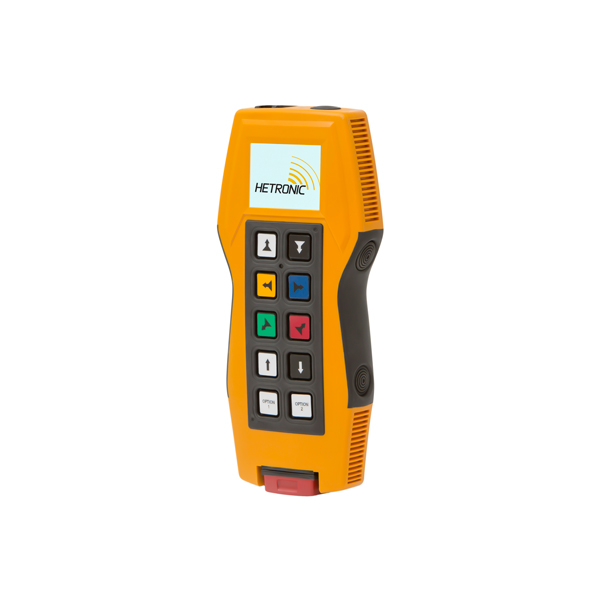 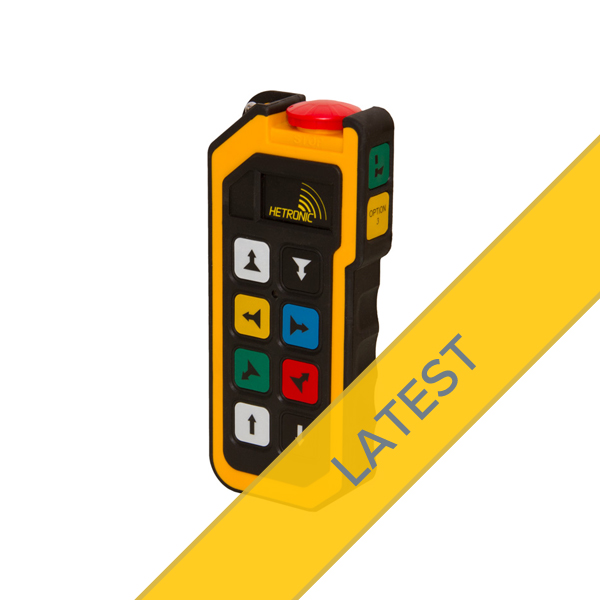 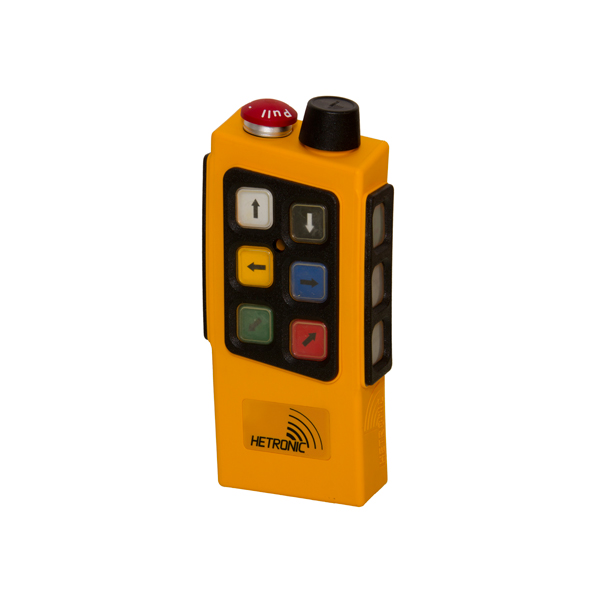 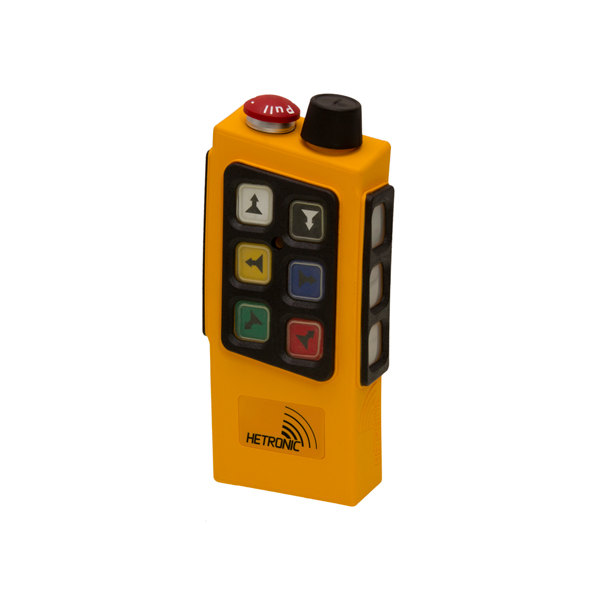 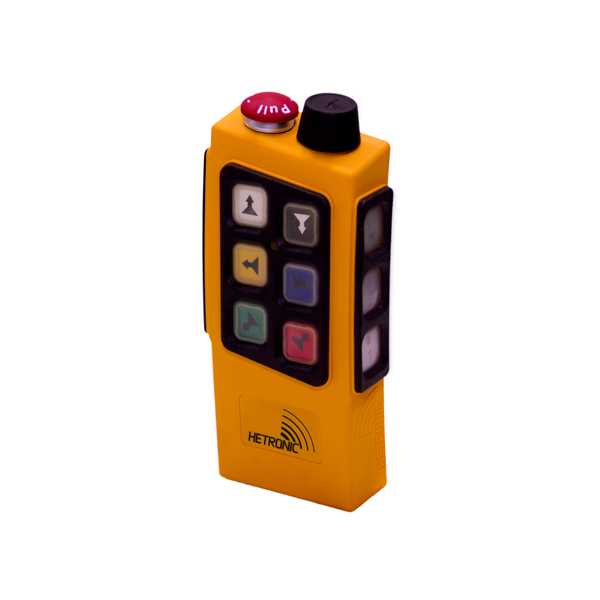